Why Is Bitcoin Price Crashing? How Low Will Bitcoin Go? 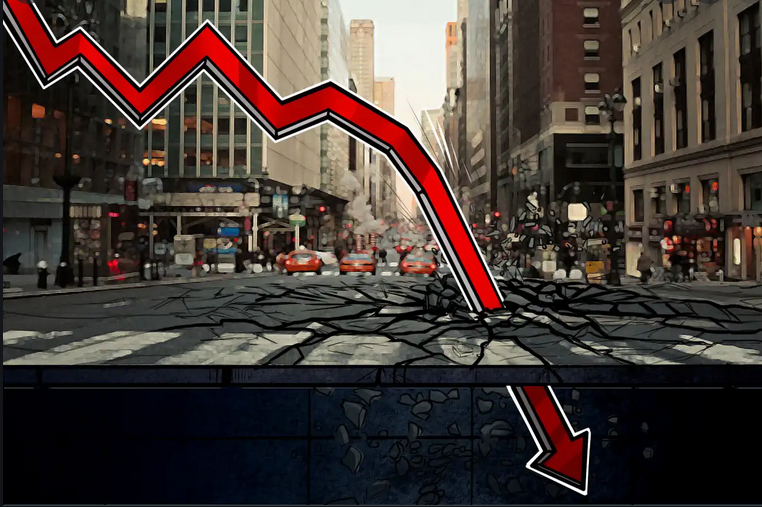 Bitcoin price has crashed and broke another important price level. Traders are wondering how low will Bitcoin price go and if it will go back to its all time high. This article looks at important factors behind the BTC price move and why you should buy it

Bitcoin’s price is plummeting like there’s no tomorrow and it is down more than 40% from its all time high.

January, in particular, isn’t the greatest month for Bitcoin in terms of historical volatility. Bitcoin’s price tends to be substantially more volatile in January. We have observed minor growth for the month of January during the previous ten years.

The reason that the Bitcoin price is continuing to decline is due to a variety of causes. For starters, there is a widespread belief that central banks throughout the world, particularly the Federal Reserve in the United States, will manage inflation. Inflation has been surgining for the past couple of years and now it has started to reach a record level in several countries.

Bitcoin is a natual hedge against inflation. The fact that central banks are now commited and taking appropriate actions to control inflation is adverly infleuncing the bitcoin price. This is why we are witnessing the big price drop for the BTC .

Second reason is that nations like China and Russia are not on board with the bitcoin adoption. For example, the Russian central bank recently released a forceful statement stating that it wishes to prohibit bitcoin mining operations. Remember, China has already banned all crypto related business a while all bitcoin miners are no longer in China. Bitcoin miners have moved their operations from China to the US.

Third, the adoption process remains sluggish. We haven’t heard anything like buy Tesla with Bitcoin. When Elon Musk revealed that customers could purchase Tesla using Bitcoin, it caused quite a stir. The BTC price skyrocketed at that time. When he paused the procedure, we started to see bitcoin price dropping.

Prior to that, we learned that Paypal had begun to accept Bbitcoin. These kind of news waves were extremely beneficial to the Bitcoin price. Today, we are missing all of that, and as a result, the bitcoin price is plummeting and BTC is hoping to find love among traders.

Should You Buy Bitcoin Now?

Bitcoin is still the money of the future, and if one was willing to buy Bitcoin at 68K, he or she must be thrilled to see such a deal today. Smart money and other institutions will very surely take advantage of the current price movement, and they will almost certainly score a large deal.

Having said that, Bitcoin is still the money of the future, and if one was willing to buy Bitcoin at 68K, he or she must be thrilled to see such a deal today. Smart money and other institutions will very surely take advantage of the current price movement, and they will almost certainly score a large deal.

From a technical standpoint, the bitcoin price has breached the important support level of 40K, which has previously been challenged a few times. All eyes are now focused on the next two significant price levels: 35K and, most importantly, 30K. The bitcoin price is quite likely to reach $30,000, but if it does, it would exacerbate the existing bearish feeling.

This is not time to wait, it is time to bank this opportunity and have a position while the Bitcoin price is going down. You can find your best crypto broker or crypto exchange here.