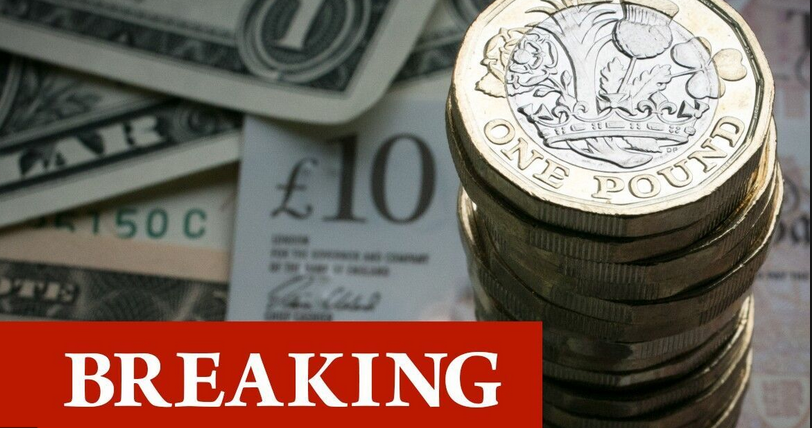 The selling pressure on the pound continues into the new trading week, picking up just where it left off on Friday. When you look at the price of the British Pound a few months ago and compare it to where it is now, Sterling seems to be an emerging market currency. This is particularly true when you compare the price of the British Pound to where it is today.

Why Is the Pound Falling Today?

The most important factor contributing to the present decline in the value of the pound is that market participants are losing faith in the United Kingdom’s capability of paying its debts as the ratio of debt to GDP continues to rise. The value of the pound will fall in the near term as a result of cutting taxes and raising expenditure by borrowing more money, but the United Kingdom has no option but to take this course of action at this point.

The Chancellor of the Exchequer said over the weekend that he is not done with his fiscal plans to rescue the United Kingdom from its agony as he still has further help to announce. This statement was made in reference to the policies that are now in place. Based on what has been said, the tax cuts amounting to £45 billion are only the beginning, and it seems that there will be a great deal more in the future. The Intervention of the Bank of England and an Opportunity for Trading.

The Bank of England and an Opportunity for Trading

At the moment, the most common trading strategy is known as “shorting the Sterling,” and there is a high probability that the value of the British pound will stage an extremely powerful rally if and when the Bank of England decides to raise interest rates.

The Bank is widely expected to make a statement that no one saw coming, and traders should continue to exercise caution in this regard.

Given the momentum that we are seeing in the market at the present time, traders anticipate that the GBP/USD pair could easily achieve parity this week, maybe even within the next day or two.

Just a few days before the UK government announced surprisingly huge tax cuts, hedge funders significantly increased their bullish bets on the pound. This caused the pound to tumble.

The figures from the Commodity Futures Trading Commission reveal that leveraged investors added a net 13,488 long contracts for the week ending September 20. This is the most long contracts that leveraged investors have added since March. The wagers were placed right before the new government of Liz Truss revealed the most comprehensive tax cuts since 1972. This triggered a drop in the value of the pound to an all-time low in comparison to the dollar on the expectation that the fiscal stimulus would increase the amount of debt owed by the United Kingdom and accelerate inflation.