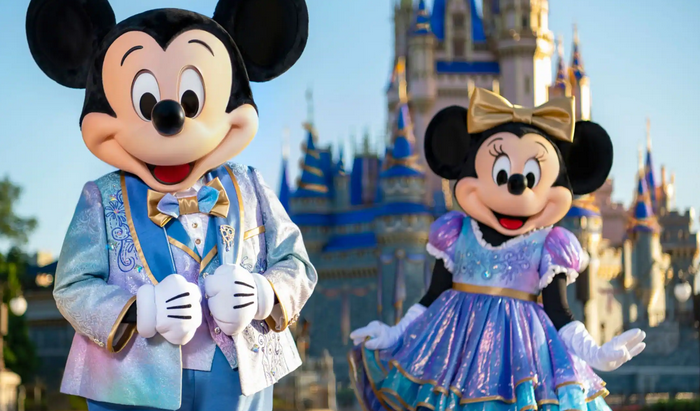 Disney reported strong quarterly earnings yesterday, which boosted its stock price by 6%. Their earnings were much better than Netflix and investors are wondering if they should buy the stock now.

Disney reported a massive earnings last night which boosted the stock price late last night and and investors are wondering if this is the right time for them to buy the Disney’s stock.

The Walt Disney Company revealed on Wednesday that during the fiscal third quarter, total Disney+ subscriptions increased to 152.1 million, above the 147 million analysts’ expectations. Disney shares rose more than 6% after the closing bell.

Disney shares rose more than 6% after the closing bell. Here is the Disney’s price chart showing its current price trend

These are the numbers:

Disney also reduced its projection for Disney+ subscribers in 2024 from 245 million to 215 million, a decrease of 15 million from both the low and high end of the company’s previous projections.

Revenue for the quarter increased 72% to $7.4 billion for Disney’s parks, experiences, and products segment from $4.3 billion for the same period last year. The business reported increases in attendance, nights with occupied rooms, and cruise ship sailings.

What Is Disney’s New Pricing Structure?

A new price structure that includes an advertising-supported Disney+ was also revealed by the corporation on Wednesday in a bid to turn its streaming business viable.

Hulu had 46.2 million subscribers at the conclusion of the third quarter of the fiscal year, while ESPN+ had 22.8 million. Hulu, ESPN+, and Disney+ have more than 221 million streaming subscribers between them. According to the most current statistics, Netflix, which has long been the industry leader in streaming, has 220 million users.

The streaming industry has been in a state of flux recently as Warner Bros. Discovery and Netflix both revealed changes to their programming strategies. While experts and investors are unsure of what the future holds for the larger business, Netflix anticipates a resurgence in membership growth.

Disney has reported a powerful quarter and traders are taking the current opportunity to buy the company as it profit may improve even further when it will increase the price of its susbcription.

PrevPreviousHas The US Inflation Reached Its Peak?
NextWhy Are Oil Prices Dropping Today? Should you Buy Brent and Crude now?Next